SPHERE Insights is an ongoing column written by various members of the SPHERE team, highlighting unique viewpoints and expertise. This article comes to us from Developer and in-house innovation genius, Josh Gribbon.

As we’ve grown as a company and development team we’ve made a lot of changes in the processes and strategies we use. Some changes make the product better for the user, and others make it easier for developer to work on the product. Today I wanted to go on a journey through my favorite of these changes, which makes improvements for both developers and users. We’ll start with why we considered making a change, the research that we did before committing, the implementation process, and the results we’ve seen in the year since the change has been made.

SPHEREboard was created using .NET Framework up until major version 3, where we did the migration alongside a large refactoring effort focussed on our server-side code to simplify and reduce repeated blocks of code. After a successful cleanup of the server-side code, the client-side JavaScript and CSS were the next large target for improvement. We needed to clean up repeated and complex UI components, address general development headaches, streamline needlessly complicated JS logic, automate module “resets” and simplify the process of debugging layout issues.

In recent years the common solution to this problem is to use a JavaScript framework, with the (subjective) top choices right now being React or Vue when you’re adding into an existing project and are building a fairly complex UI. We went with Vue because it seemed to be simple to get started with while also having the ecosystem to add additional features as we built out the system and needed higher-level functionality.

In addition to using Vue, we wanted to use a UI component library so we could build out interfaces faster and without having to worry as much about browser compatibility and small implementation details. We went with Vuetify because it seemed to be the most mature and supported library in the ecosystem, while helping to quickly build out a presentable interface.

After the core architecture of the new module was ironed out, we were tasked with developing an initial implementation plan to add Vue to the codebase. Following the multi-step implementation (including creating a new page on the site fully powered by Vue and building the components for the new module), we were ready to fully dive into the new interface effort. We started to see benefits from the change fairly early on in this stage – as requirements changed and we needed to modify and refactor the code it proved to be much easier than before. We were able to take on these new frontend initiatives shortly after this initial implementation effort:

The implementation was a significant development milestone. Some immediate benefits included:

If you’re part of a software development team, I encourage you to not be so scared of large rewrite or refactoring efforts when you think there will be a worthwhile benefit as a result. Do your research, talk to the team, make a plan you’re confident in, and then have confidence in the process.

If you want to learn more about Vue their official guide is the best place, and also some of the best software documentation I’ve ever seen. I found myself going back to their documentation more often then StackOverflow because it was the best source and easy to find what I wanted quickly. The Javascript world is exciting, ever-changing, and full of interesting projects, so be sure to do your own research and choose the tools you think are best suited for the situation! After using Vue for several years I’m still very happy with it, but I also think Alpineseems like a great alternative when you don’t need all that Vue has to offer, and Svelte seems really cool if you’re concerned about a framework adding to your bundle size. If you don’t like Javascript then Elm truly does seem like a delightful language.

If you want a sneak peak of what the SPHEREboard front-end looks like in action, you can explore:

P.S. If you enjoyed this, be sure to check out the first post in this series, Starcraft and Cybersecurity! 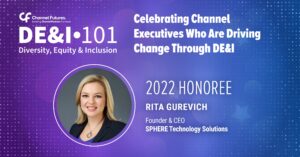 SPHERE’s CEO, Rita Gurevich, was featured as one of SC Media’s Women in IT to... 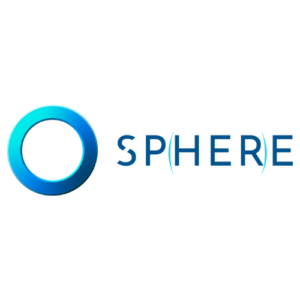 Earlier this year we launched a new diversity program, SP(HER)E–pronounced SPHERE HER- aimed at promoting opportunities...